The pallid cuckoo is found in Australia with some migration to the islands of Timor and Papua New Guinea in December. It is usually seen in Western Australia between the months of May and December.

It is between 28 – 33cm in size with distinctive markings such as a dark bill, a dark eye with a gold eye-ring and olive grey feet which differentiate it from other cuckoos. This bird is often noticed by its distinctive call which can be persistent.

The male has a very noisy upward scale of eight whistled notes particularly when courting. Like other cuckoos, the Pallid Cuckoos exhibit nest parasitism, where a single egg is laid in the nest of another bird, especially honeyeaters, robins, flycatchers, whistlers and woodswallows. The female cuckoo removes one of the hosts’ eggs from the nest and replaces it with her own.

The egg is said to closely resemble that of the hosts’, and the host parents incubate the egg for 12 to 14 days.The young cuckoo instinctively forces the other eggs and chicks out of the nest, and is fed by its host parents for up to 6 weeks after it leaves the nest. 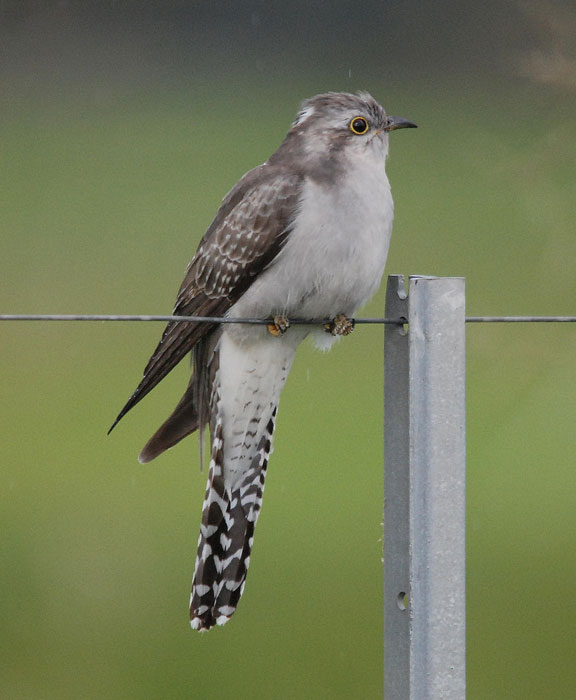