The Trees of Lake Karrinyup

There are approximately 20,000 trees within the boundaries of Lake Karrinyup Country Club. Over 100 different species are present.

40 species are included in this site. An example of each specie has been photographed. The 40 species are divided into three groups according to their geographic origin:

1. Western Australian trees which are part of the original native vegetation of Lake Karrinyup Country Club.

The Club records its profound appreciation of the dedication, work and vision of its late, esteemed member, Bevan Campbell, who nurtured and enhanced the tree population over many years.

Bevan’s legacy is carried on by the Men of Trees who work tirelessly in the care and management of the trees in conjunction with the Course Superintendent.

Thanks to Damon Lonnie who encouraged and assisted in the creation of this page on the Club website. 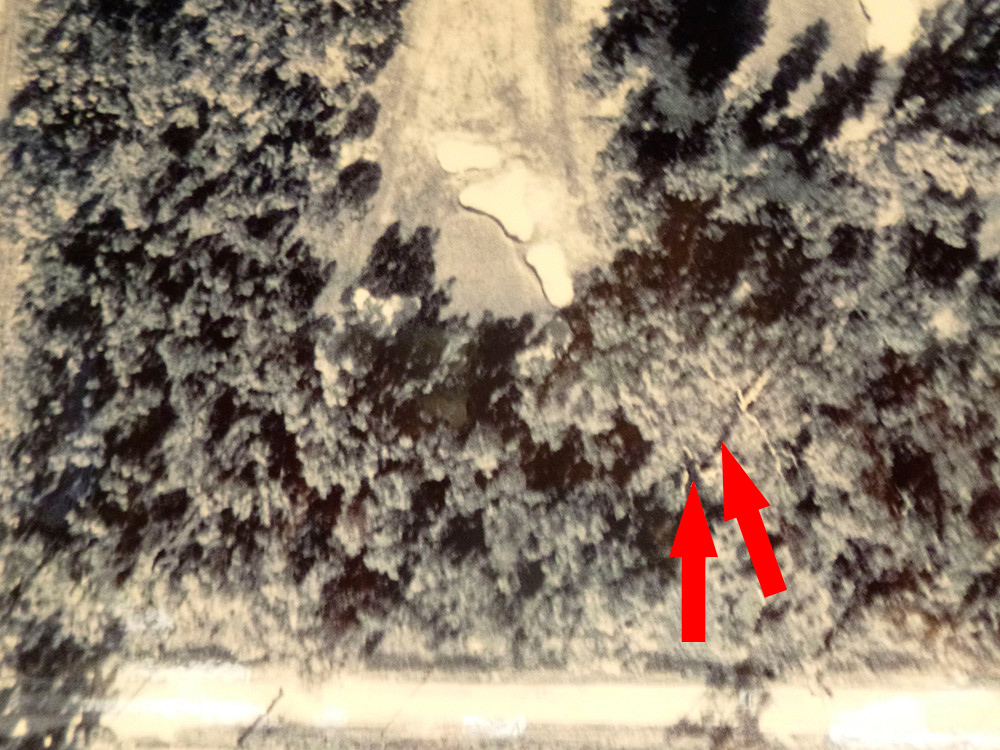 Part of an aerial view of the Lake Karrinyup Country Club taken in 1964.

The 17th green is clearly seen. The framed photograph which is in the corridor of the men’s locker room shows the whole course. The view here has been rotated to look towards the South in order to highlight a huge tree trunk casting a long shadow (see arrows). This is the 1650 Jarrah. The most persuasive confirmatory evidence is the following, the distance in the photograph from the course boundary on North Beach Road, to the tree trunk appears to be about half the distance from the boundary to the centre of the 17th green. Recent measurements are 1650 Jarrah to fence – 30 metres, centre of the 17th green to fence – 62 metres. 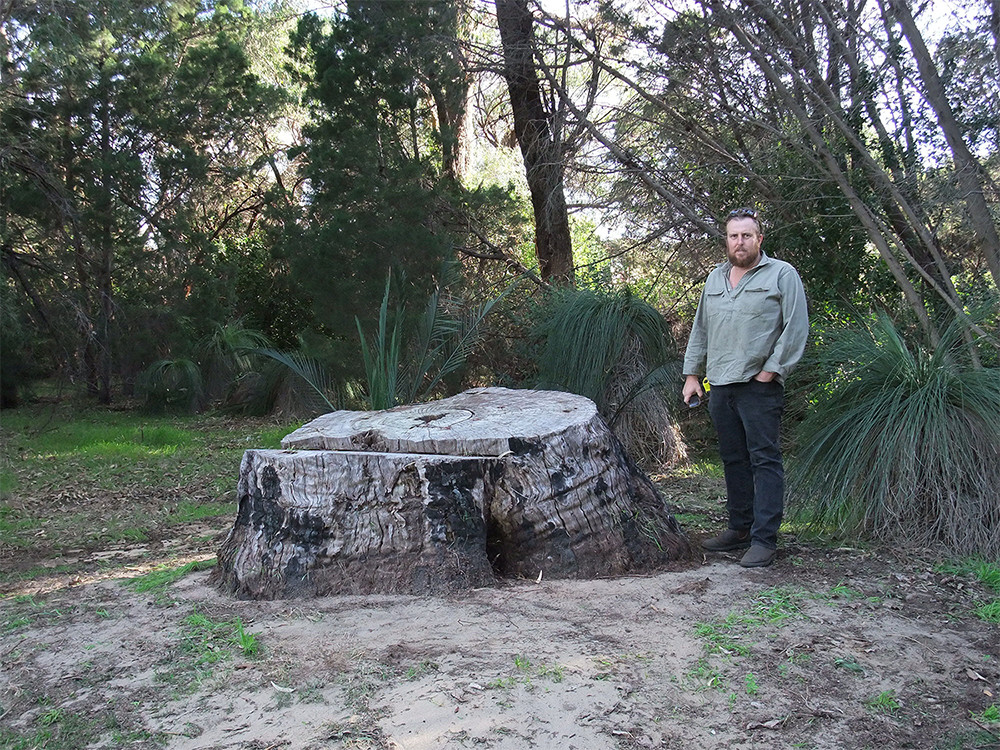 The greatest width is 185cm. The old saw cuts indicate that the tree trunk was felled in a Southerly direction. Fire long ago played a part in its history. On the North side there is a charcoal filled cavity in the stump. New growth appears to have enveloped the margins of this cavity. Burns are also clearly seen on its Southern side. 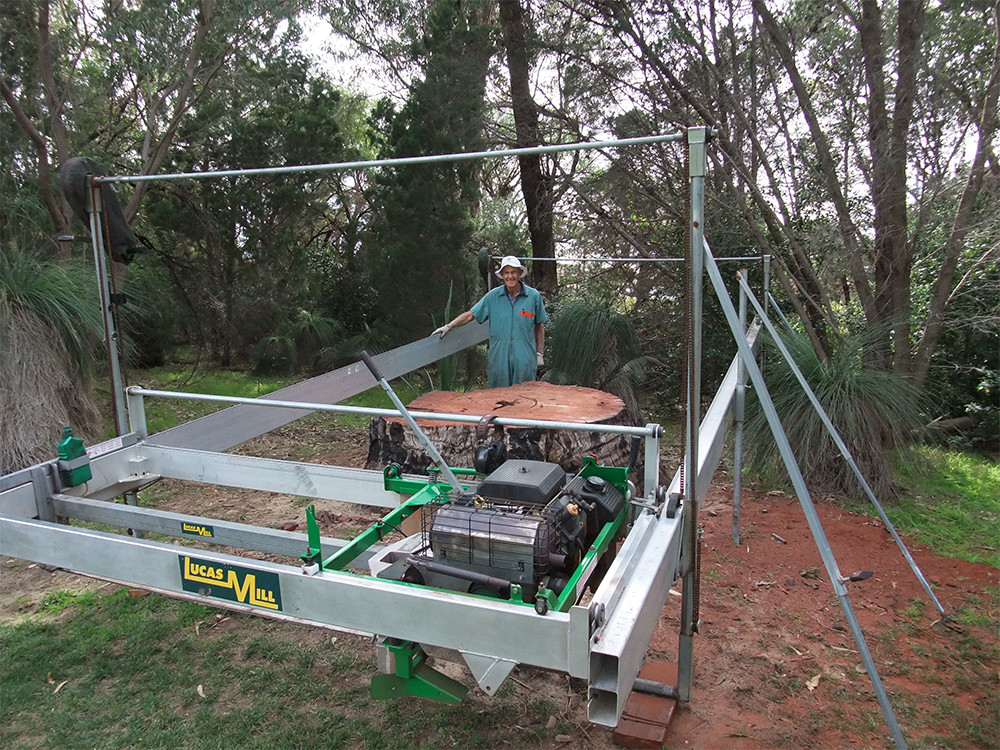 A portable bush chainsaw cut the log along a gently sloping plane.

The rich red Jarrah colour is clearly seen. The timber is so dense that 6 chains were rendered blunt during the 2 hour procedure. The motor is on the right of the picture. The cutting chain has been removed. The two vertical winching chains control the slope of the saw bed. 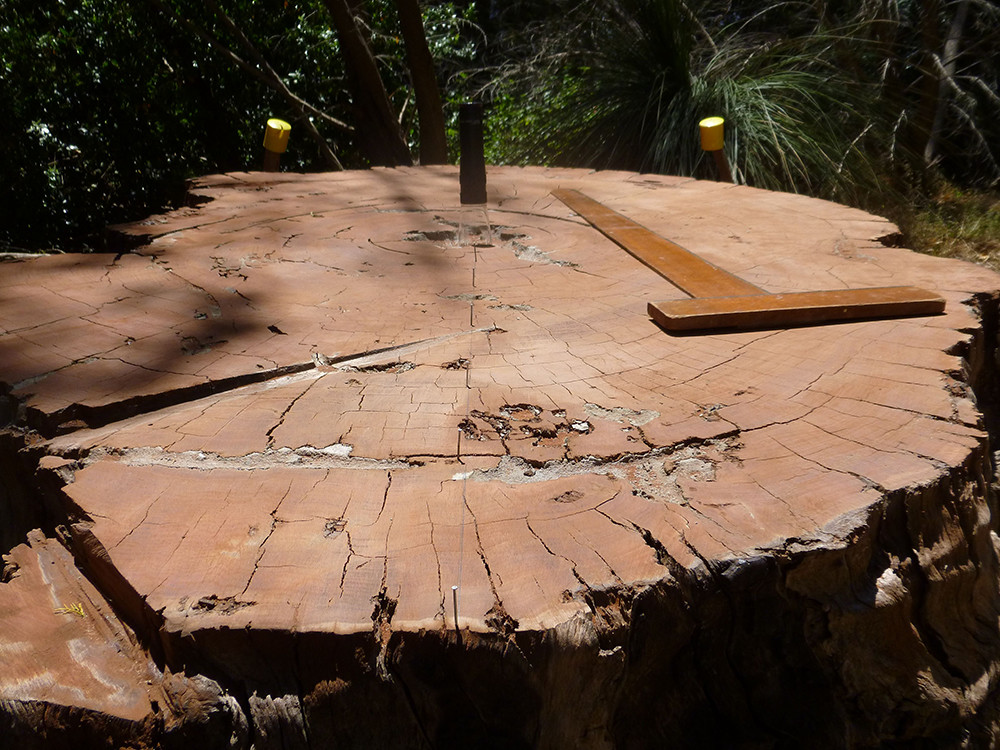 The growth rings were counted along radial lines.

They were assumed to be annual growth rings. The centre of the stump had succumbed to termites, and an estimate was made of the number of missing rings. An 8 times magnifying device (see picture) was used to identify the growth rings. A nail was driven in to mark each 50 (see picture). There were approximately 300. If the tree died around 1950, it germinated from a seed in about 1650. 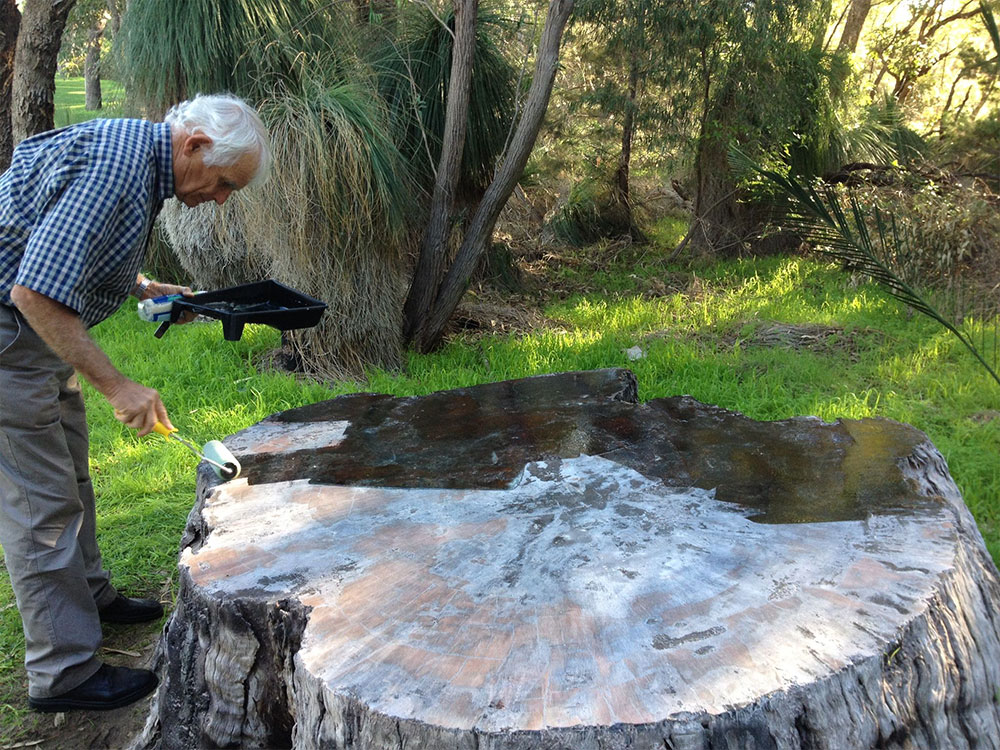 Preservation of the stump has included treating the core and the perimeter for termites.

The surface blemishes and the central cavity have been filled. The surface has been sanded, and then treated with an epoxy resin based protective covering. Alex Cleave, who is shown in the photo, inspired the project. 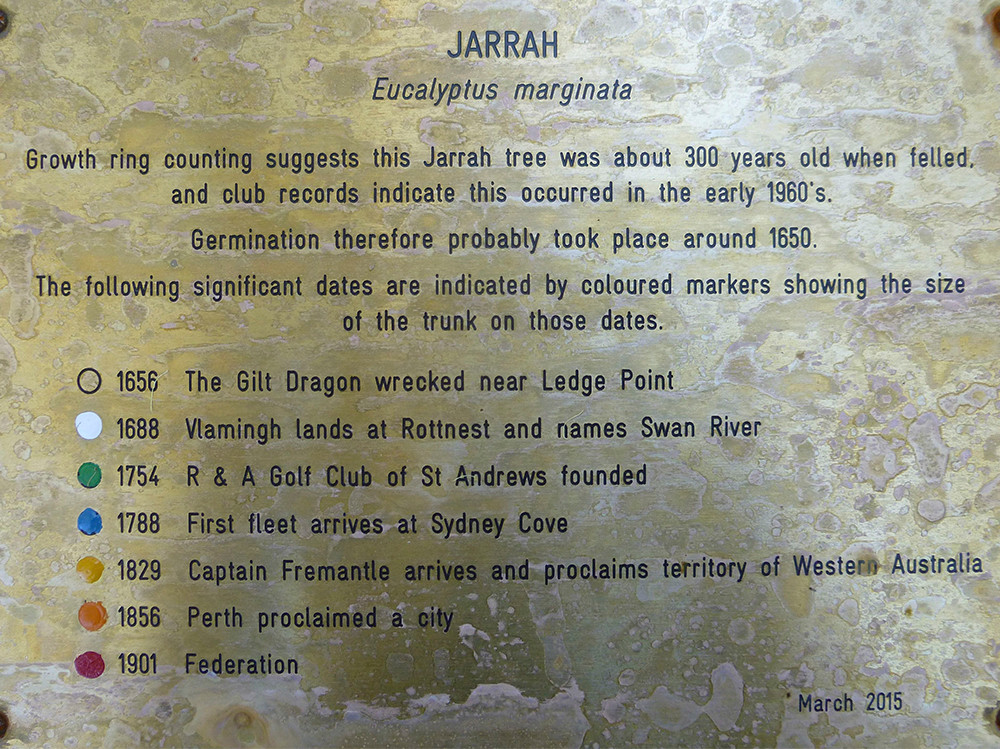