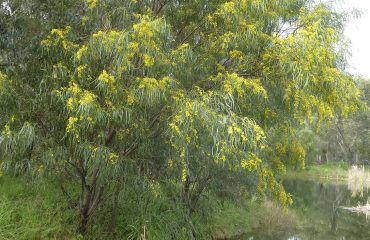 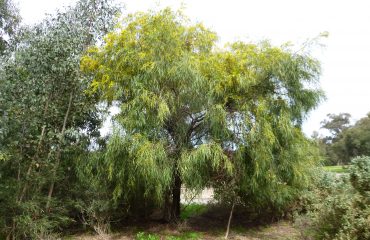 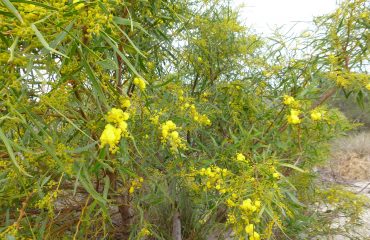 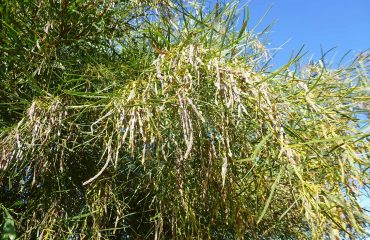 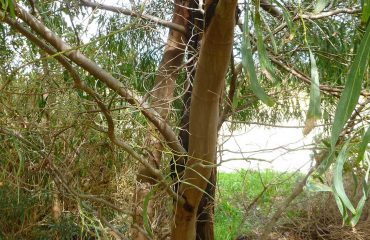 While gum trees or eucalypts are regarded as the iconic Australian tree, Acacias (wattles, mimosas), have an equal claim. After all, the wattle appears on our national coat of arms and the Australian cricket team sings of the sprig of wattle when it wins a test match. There are about a thousand different species in Australia and the Shire of Dalwallinu has over a hundred and fifty of them!

While they are often early colonisers of land after fire or disturbance, they are usually quite short lived. At one time there must have been several species indigenous to the land of the golf course, but they have largely disappeared so that Acacia saligna, orange wattle, seems to be the sole remaining representative.

“As the twig is bent the tree inclines.” (Virgil)