Location:  Behind and to the right of the back bunker on the 8th green 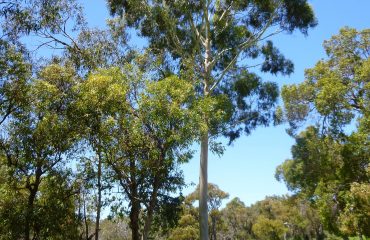 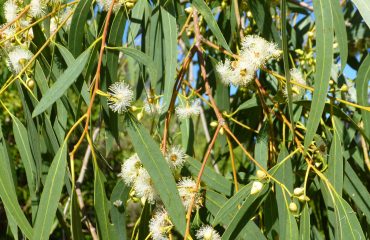 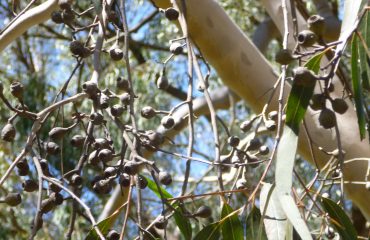 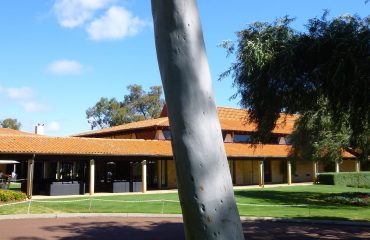 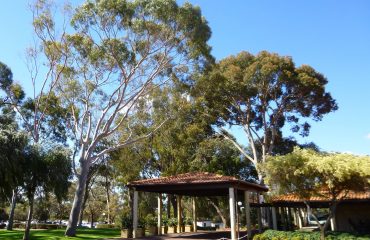 It can sometimes be very difficult to distinguish spotted gums from lemon scented gums.  This can be due to hybridization of the species.

Lemon scented gums have a reputation for sudden limb failure.

Its leaves, which release a strong scent of lemon, are used in herbal medicine to cure colds, sore throats and chest infections.  The bark peeling at the beginning of summer is, for this species alone, a magical moment.  From pure white, the bark suddenly takes on rosy tints.  It peels off from cracks that resemble a zip, revealing a blue colouring.  Upon being exposed to the sun, a symphony of colour changes starts up, and, in the space of a few weeks, the whole bark turns grey-white, then yellow, then a pale salmon colour; a brilliant example of the tree’s appearance changing with the seasons.

“Little of what we value here, wakes on the morn of its one hundredth year, without feeling good and looking queer.  In fact, there’s nothing that keeps its youth so far as I know, but a tree and the truth” (Oliver Wendell Holmes SR)