Grevillea leukopteris and some Hybrid Grevilleas

Location:  On the southern side of the garden behind the 7th green. 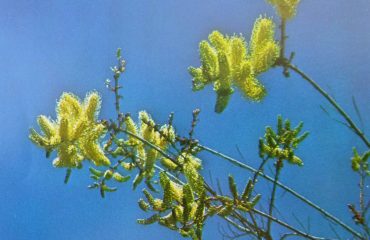 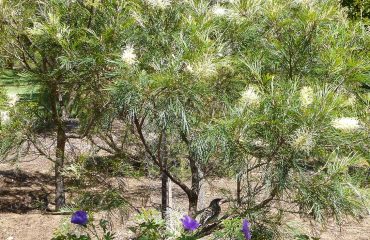 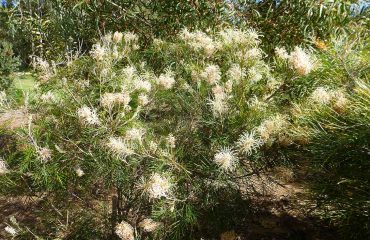 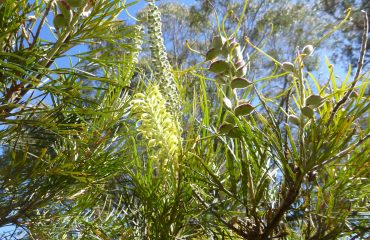 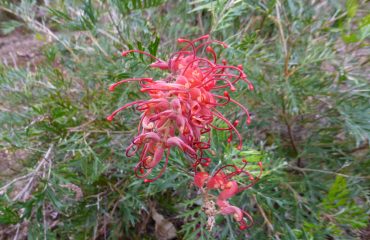 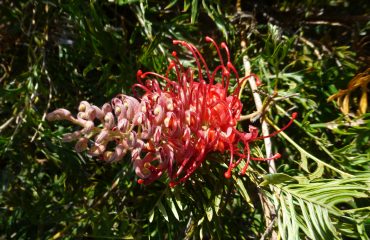 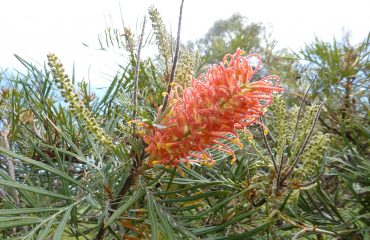 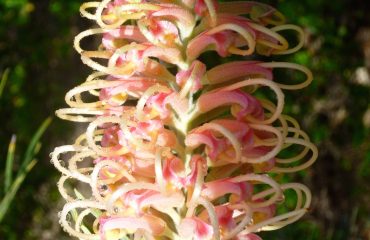 There are 360 different species in the Genus grevillea. They range in size from small shrubs to tall trees. They are native to Australia, New Guinea and Indonesia. The habitat extends from rain forest to open woodland. Grevillea and Hakeas are closely related.

The Genus was named after Charles Francis Greville born 1759. He was a close friend of Sir Joseph Banks, and accompanied Banks to the inaugural meeting of the precursor society to the Royal Horticultural Society.

The young beauty, Emma Hart, who later became Lady Emma Hamilton was Greville’s mistress for 4 years from 1782. She was subsequently the mistress of Lord Horatio Nelson with whom she had a daughter Horatia. Emma Hamilton died in poverty in Calais aged 49, from Amoebic dysentery. The artist George Romney made many fine portraits of the young Emma.

The flowers of the Grevillea are without petals. The multiple long styles provide the brilliant colours. Grevilleas can be grown from cuttings, seed and by grafting. The flowers attract many species of honey eater.

Grevillea leukopteris is also known as Old Socks or White Plume Grevillea. It is native to the south-west of Western Australia particularly the Geraldton region. It grows to 4 metres in height and spreads for 3 metres and produces white bottle brush like racemes of white creamy flowers on long erect stems from July to January.

Hybridisation and selection has produced many cultivars. A well-known one is Robyn Gordon, a cross between G. banksia and G. bipinnatifida. It was selected because of its prolific, and sustained, flowering. Grevilleas in the garden behind the 7th green include, Robyn Gordon, Moonlight, Honey Gem, Jester Sylvia and Superb.

“The olive tree is like an old friend. It knows all my life and gives me wise counsel. I should like to be buried under it.” (Paul Cezanne)