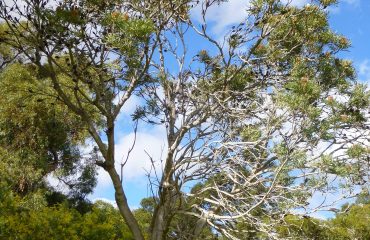 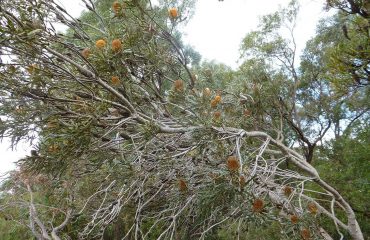 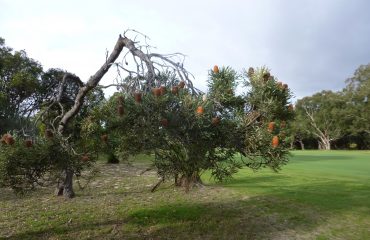 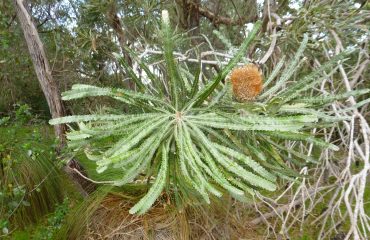 This is the most common banksia on the course and it lines many fairways. It has spectacular acorn shaped white and orange flowers from January to August.

“Character is like a tree and reputation like its shadow. The shadow is what we think of it; the tree is the real thing.” (Abraham Lincoln)