Location:  13th hole, 80 metres from the green on the left side 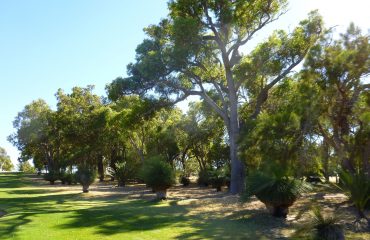 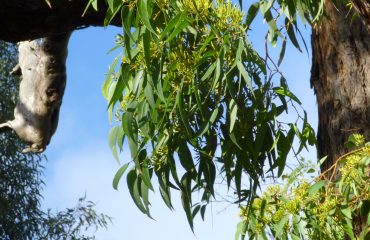 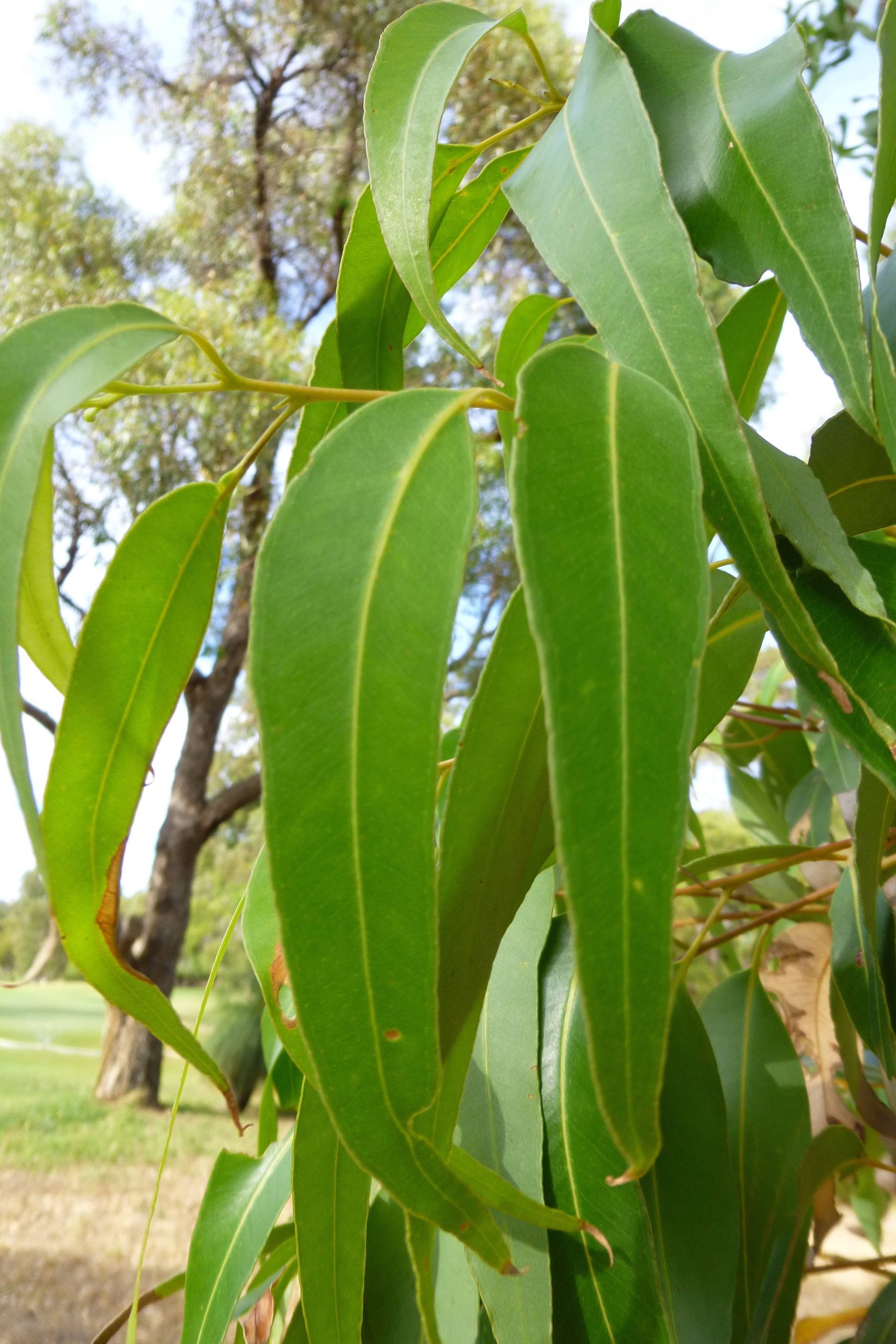 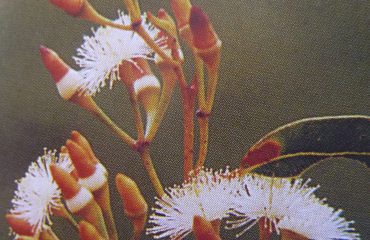 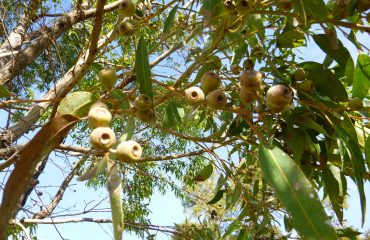 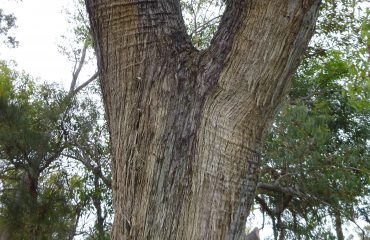 The trunk is usually long, straight and has no branches on it. The bark varies from red-brown when shaded to grey; it is strong and fibrous with vertical grooves which shed in long strips. The term ‘marginata’ refers to the thickened borders of the leaves. The flowers are white with a magnificent scent.

Phytophthora dieback spends its entire life in the soil and in plant tissue. It causes root rot in susceptible plants thereby limiting or stopping the uptake of water and nutrients.

Jarrah trees are unusual in that they have a lignotuber, a large underground swelling which stores carbohydrates and allows young trees to regenerate after a fire. Being deep-rooted, jarrah are drought resistant and able to draw water from great depths during dry periods.

Western Australia’s first export was of five tons of Jarrah cut from Mount Eliza in what is now Kings Park. It had been ordered by the British Admiralty which was impressed with the repairs made to HMS Success which had been damaged in 1829.

There is a story of when that first shipment was exported to Southampton in England. The logs were unloaded in the usual way, which is that they were dropped over the side of the ship to be floated ashore. What they did not know was that unseasoned Jarrah sinks! These unseasoned Jarrah logs lay under the water for over one hundred years until World War 2 when divers found that the wood was still in good condition. So the logs were retrieved and evidently put to good use. (Ref. The Old Country by George Seddon).

“A society grows tall when old men plant trees in whose shade, they know, they will not likely sit”  (Greek Proverb)