Location:  Widespread on the course 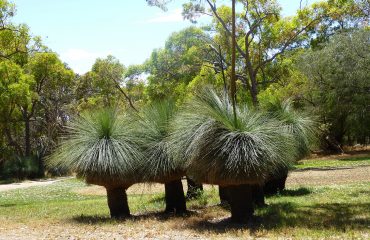 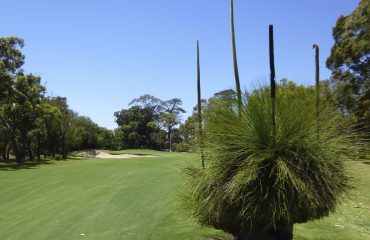 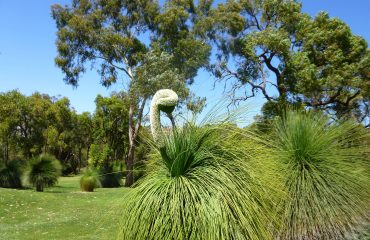 It is fire resistant and it flowers annually.

It is a genuine icon of the Australian bush. There are 28 species and 5 subspecies of Xanthorrhoea preissii. The genus name Xanthorrhoea means “yellow liquid” in Greek alluding to the resin it produces that is used for glue to waterproof.

A common name for the Xanthorrhoea preissii is black boy. The name refers to the apparent similarity in appearance of the trunked species to an Aboriginal boy holding an upright spear. Some people now consider the name to be inappropriate, preferring instead grasstree. In the southwest, the Noongar name Balga is used for Xanthorrhoea preissii.

The species is not to be confused with the Kingia, a genus of the plant family Dasypogonaceae, consisting of a single species Kingia Australis. When not flowering, it bears a superficial similarity to the grasstree. However, the flower stalks of the Kingia Australis are quite different from that Xanthorrhoea species. Because of this, Kingia Australis was for many years thought to be the female form of the black boy and was commonly named black gin; “gin” being the Nyoongar word for “woman”. The genus name Kingia or Bullanock is preferred.

The leaf stems of the grasstree, the tips of the shoots and the roots are all edible. The resin flakes from around the base of the stalk of the grasstree were collected by the Aborigines for use as glue. European settlers harvested the resinous gum to make varnishes and lacquers. The Germans used it for explosives in WW1. During WWII many cans of tinned food sent to the Australian troops in the Pacific had a protective coat of grasstree varnish to keep the containers from rusting.

The flowers, rich in nectar, were gathered for sweetening and scenting water, while the flower stalks were used for spears or to rub together to create a fire.

“Fancy cutting down all those beautiful trees…to make paper for those bloody newspapers, and calling it civilization”  (Sir Winston Churchill)